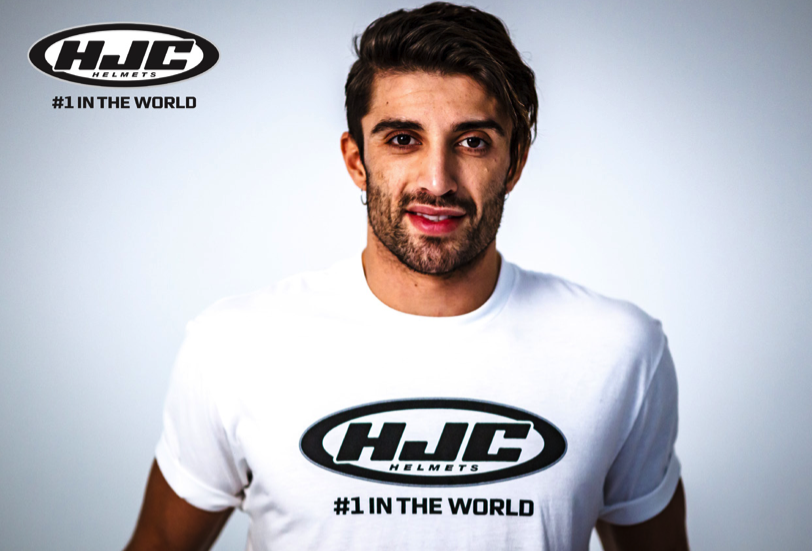 HJC Helmets is pleased to announce Andrea Iannone as a sponsored rider in the 2018 and 2019 MotoGP race seasons.  HJC asked Andrea Iannone to put their premium race model to test in 2018. If you have not noticed, Andrea Iannone is not just any racer. The wild, but cool, charisma that can be seen in Andrea on and off the track is what makes HJC Helmets eager to start the 2018 race season.

In 2015 and 2016 Iannone found himself on the MotoGP podium a number of times with the factory Ducati Team.  Last year, Iannone started on a new bike with Factory Team SUZUKI ECSTAR, so in 2018 he will be going into his second year on a Suzuki with even more experience. HJC expects to see Iannone on many podiums in the upcoming seasons.

The Italian racer will be wearing a brand new helmet that has yet to be debuted.  It is designed specifically for racing at a professional level, based on the RPHA 11 helmet.  With extreme speeds in mind, the HJC R&D team worked at their in-house wind tunnel to adjust the aerodynamics of the helmet.  In addition, the eye port was increased for added visibility in a tucked riding position.

HJC Helmets and Andrea Iannone are already working on a replica design with the best helmet designers from Italy, so motorcycle riders around the world can sport the #29 design on their own RPHA 11 helmet. You can guarantee it will be an impressive design since Andrea breathes the cool factor that everyone has in mind when they picture a badass motorcyclist.  Iannone will also be sporting some of HJC’s very special graphics that will have millions of fans doing a double take.

“Iannone may have earned the nickname “The Maniac Joe” for his unpredictable riding style, but HJC only sees raw talent and a hunger to win. Fans just do not know what Iannone is willing to do when he is on a MotoGP track and that is what brings excitement to the sport.” – HJC Helmets

“I am very excited to join the HJC Helmet family this year.  HJC has a tradition of quality and race performance helmets. With their multiple MotoGP title sponsorships and the large portfolio of racers around the world, HJC is the brand of choice in MotoGP. I am glad to be one of their top ambassadors and I look forward to a long-term commitment to the brand.” – Andrea Iannone

HJC is excited to battle full throttle into 2018 alongside their newest sponsored rider.